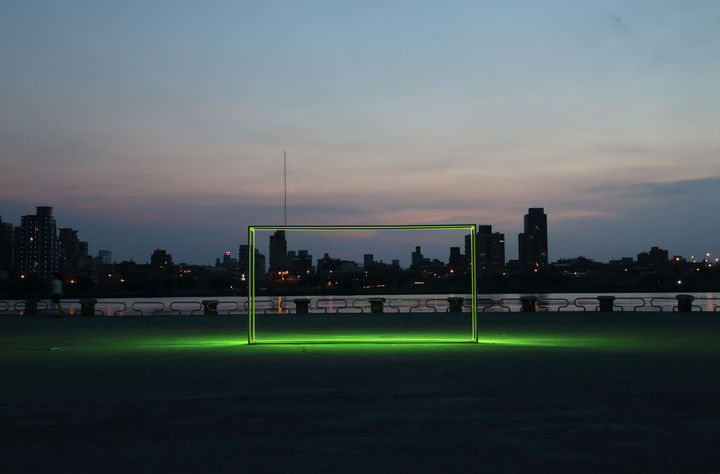 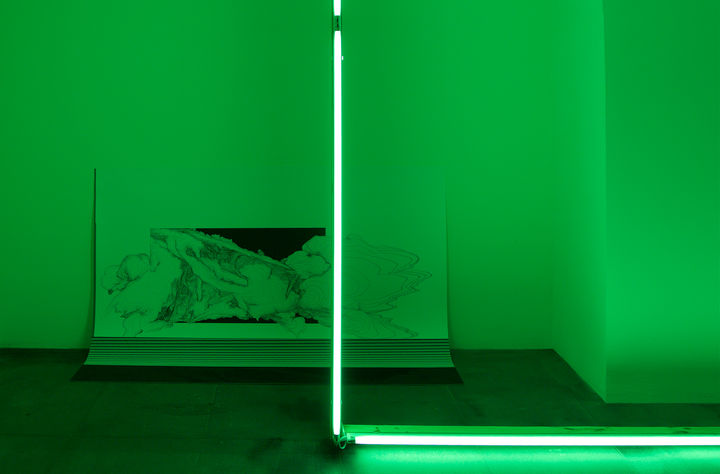 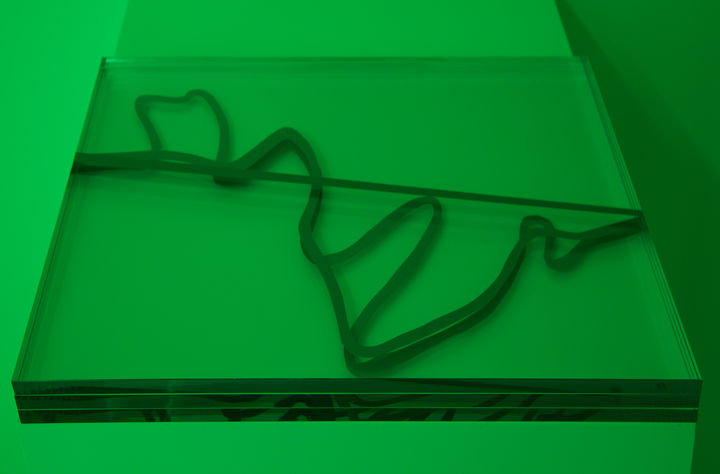 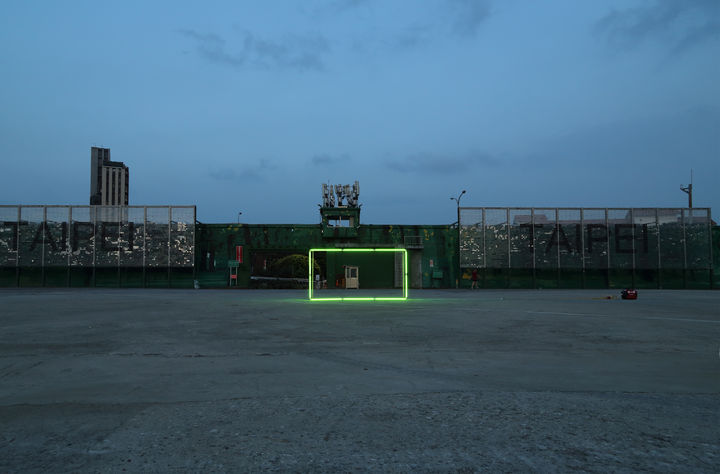 Research residency project at Kuandu Museum of Fine Art (KdMoFA) Taiwan. Geurts investigated the vulnerable positioning of Taipei City in the floodplain of the Tamsui River. He explored the management of the river, its straightening and infrastructure designed to avert flooding. Geurts focused on a large militarized dike wall, which is a potent marker of the physical and psychological barrier between the city and the river. The research centered on the Dunhuang Evacuation Gate, one of the few openings in the wall where large metal gates are closed in the threat of a typhoon surge. An initial durational drawing at the site reimagined the rupture of this threshold during a flooding event, where the gate failed to close.

Geurts then staged a bioluminescent light sculpture at the same site, an outline drawing of a floodgate, underlining the critical juncture where nature and culture meet. The sculpture is an impossible proposition, a dysfunctional gate, amplifying the futility of trying to stop extreme weather. The light sculpture was positioned between the existing Dunhuang Evacuation Gate and the river, aligned to set up a new threshold, illuminated in the space between day and night. The sculpture was then reconfigured back into the museum, inverting the exterior experience to the interior space of the gallery.