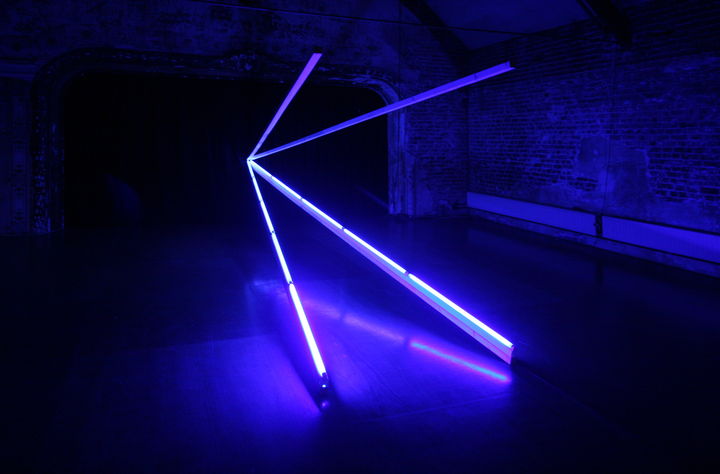 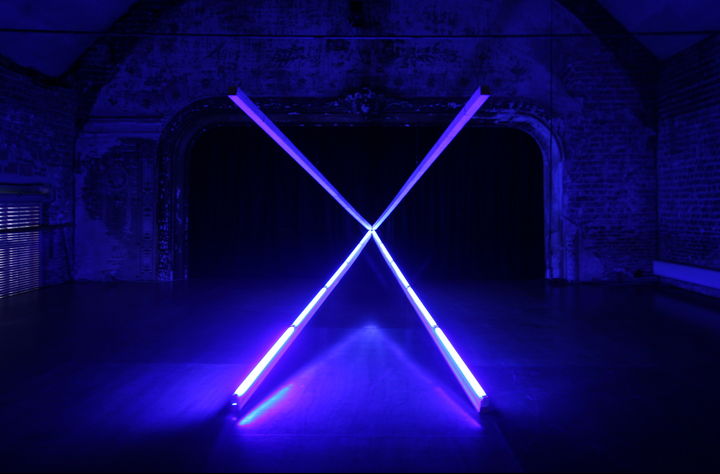 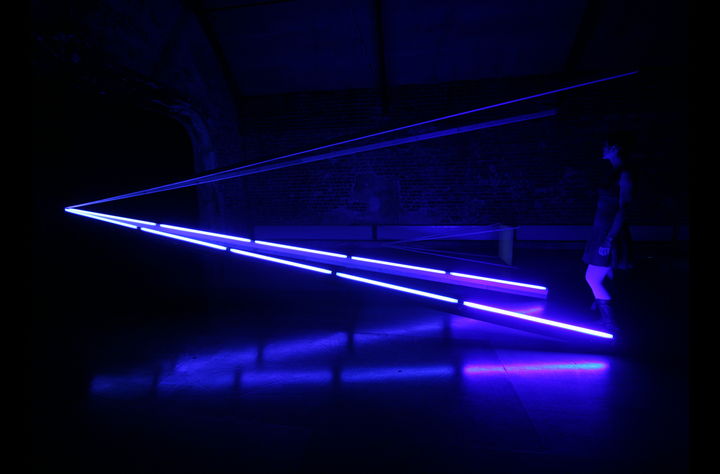 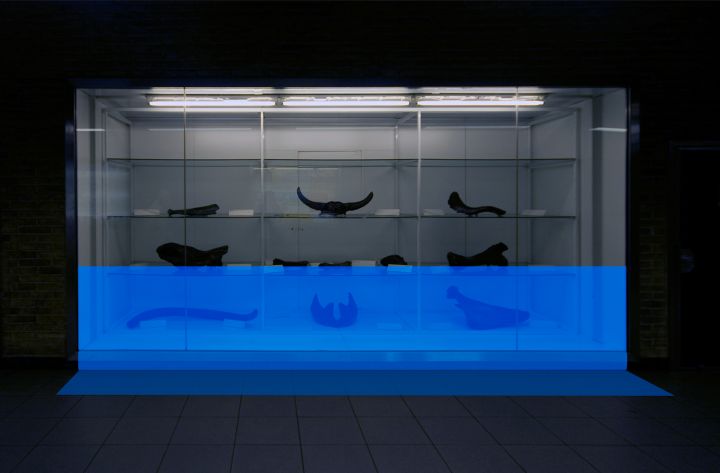 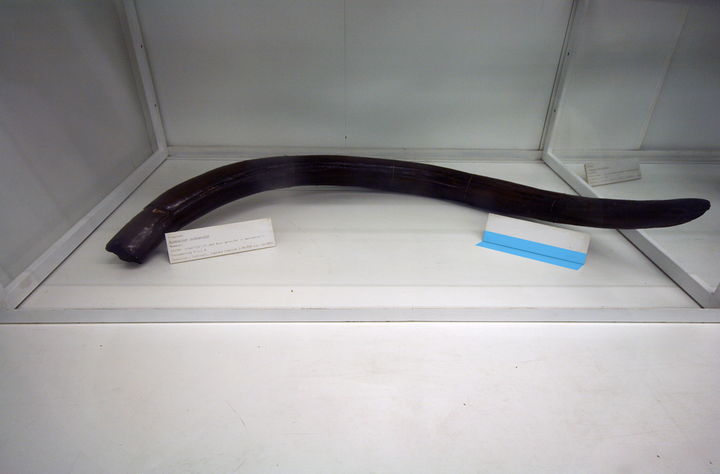 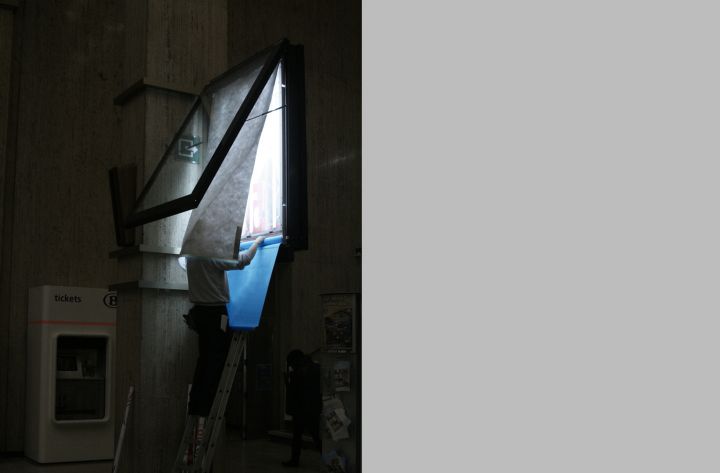 VANISHING POINT (DRAWING APPEARANCE)
Series of site-specific installations and interventionist actions locating the former path of the Zenne River through the city of Brussels, which was covered over due to pollution in 1871
Fluorescent light sculptures, Single-channel video, river turtle in resin cast, wood sculptures
Exhibition at Nadine (laboratory for contemporary arts), Brussels 2010

The act of seeing a living force, like a river, as a thing, and treating it accordingly, is set against the backdrop of an intransigent framework of value, in other words a highly conditioned form of perception. That conditioning is economic, where life is framed in terms of use-value ; a river is useful to a city and when it outlives its use because, in fact, of the brutishness of seeing life as something to use (pollution signals this mindset), it is covered over”¦ The approach to life that motivates the act of entombing a river is emblematic of a greater dynamic through which human consciousness unfolds”¦ The history of the river Zenne is something like the story of how perception itself ”˜works’ with its overground/underground reality analogous to consciouness/subconciousness. James Geurts’ emphasizes the point at which perspective falls away and distinctions of inner/outer, above/below disappear through his vanishing point structure ; vanishing points draw us in, announcing thresholds between states. Whilst addressing the Zenne’s history and its contemporary reality, his work takes us beyond representation of the river’s life. What might be said of Vanishing Point (Drawing Appearance) is that as the conditions of thingness ”“ the river as object ”“ disappears what shows up is the profound and dynamic relationship between inner and outer spaces. Ultimately, the river and the human body come into alignment at the point at which we sense their essential and shared reality : flow.

From How life shows up as things disappear, exhibition essay by Dr Julie Louise Bacon 2010