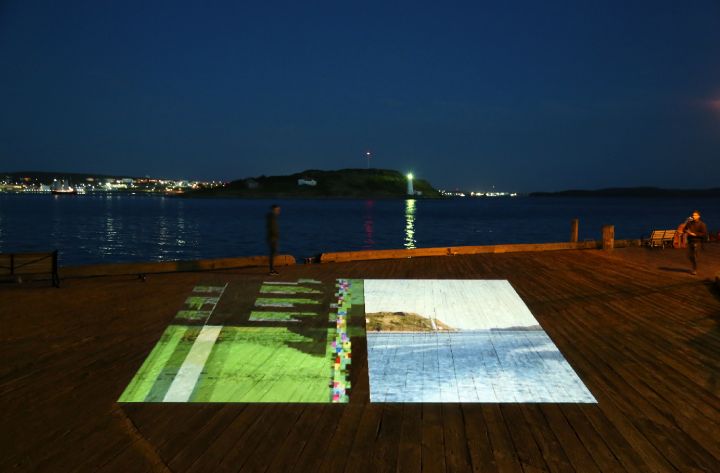 FATHOM is a conceptual project that links two locations across the earth at 40° S and 40° N, based on magnetic anomalies formed from heavy metals in each water body. These works were shown simultaneously across Halifax at exterior and interior sites. Each two-channel video work was generated in-situ by exposing the circuitry of the camera to the electromagnetic field of the water body during filming which causes interference, altering and abstracting the colour fields.

FATHOM I drew on the heavy metal industrial sediments in the Derwent River, FATHOM II focuses on the discovery of magnetically charged anomalies that exist in the harbour from the accumulation of centuries of shipwrecks that merged with the geological metals in the harbour floor, this ultimately modified the earth’s magnetic field, and in turn, effected compasses which perpetually created more shipwrecks.