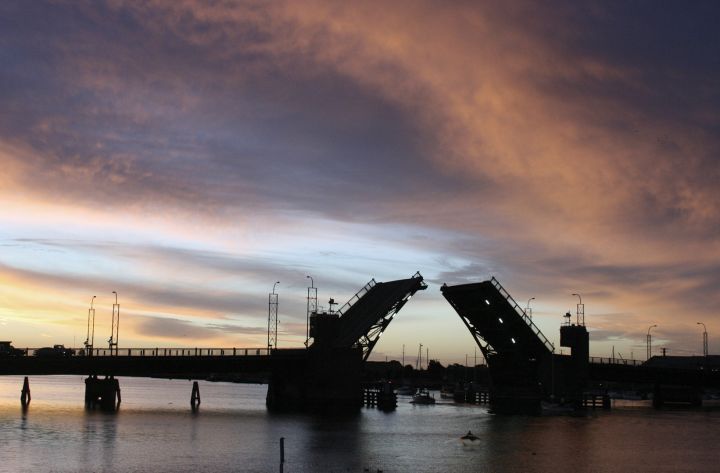 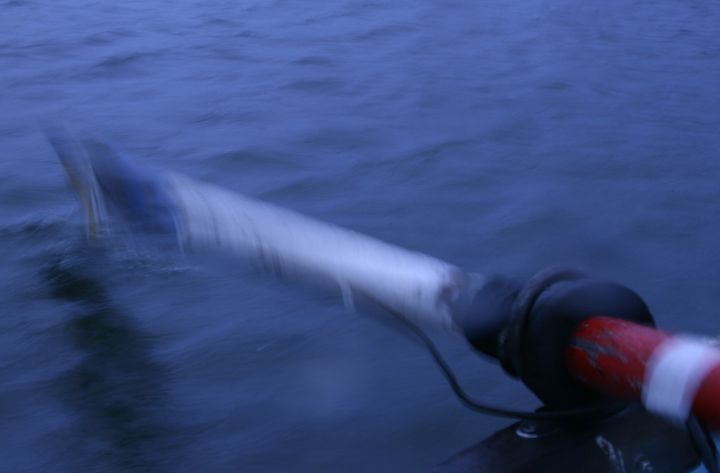 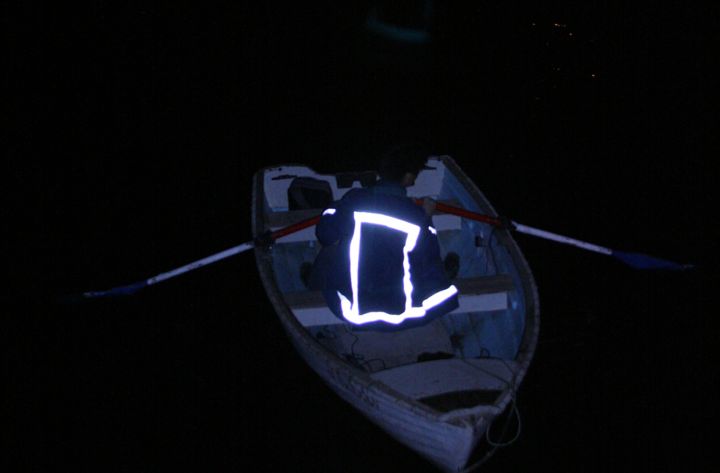 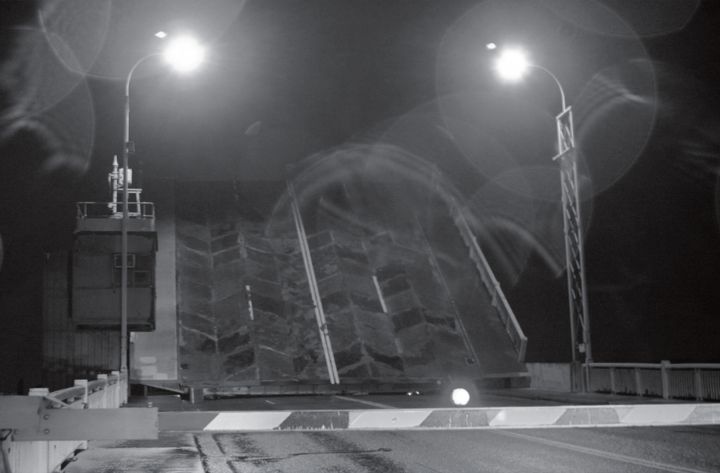 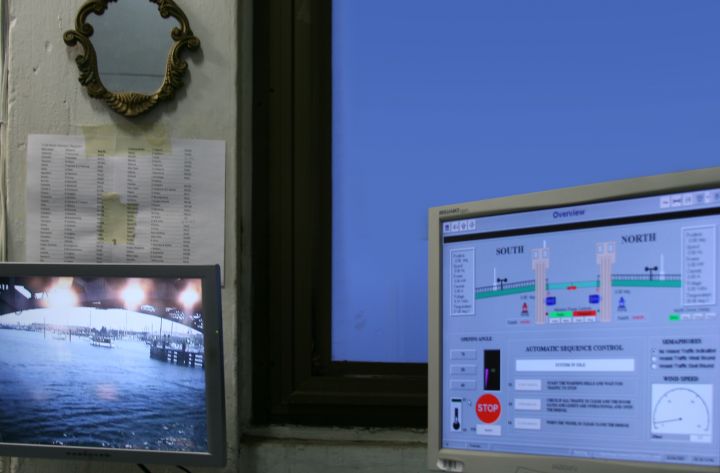 There Forever is a temporary public art project that focuses upon the centre of Port Adelaide as a place with an intensely layered and complex past. The Port is presently in the midst of an unprecedented, highly planned future that will dramatically change both its external appearance and its internal condition.

Bridge Drawing Water is a conceptual drawing action; a drawing using sound and movement. At dusk in the tidal Port Adelaide River, a small rowboat slowly draws an ephemeral line in the water toward a large industrial drawbridge, that usually only opens for very large ships. Aqua microphones are connected to the oars to amplify the sound of the rowing throughout the port through the use of radio transmitters. As the rowboat approaches the drawbridge the sound of the circular movement of the oars are over-laid by a loud resonate horn, signalling the traffic to stop and the bridge to be opened. When the bridge opens it stops the traffic throughout the entire town creating a pause in cultural life as a disconnect This sound was followed by a long siren, synchronising collaboratively with the rowing sound, signalling the mechanisms that ”˜draw’ the bridge apart lifting of the two sides of the bridge in its slow opening. Once fully opened the sound of bells frame the durational pause of the now upright bascules, opening for longer period to allowing the disproportionately small rowboat to pass through.

The opening of the bridge was achieved with the collaboration of the bridge controller in tandem with Transport SA. A depth-sounder drawing device recorded the movement of the row-boat through the river, the sound waves pulsed off the river floor, rendering the drawing on carbon paper.