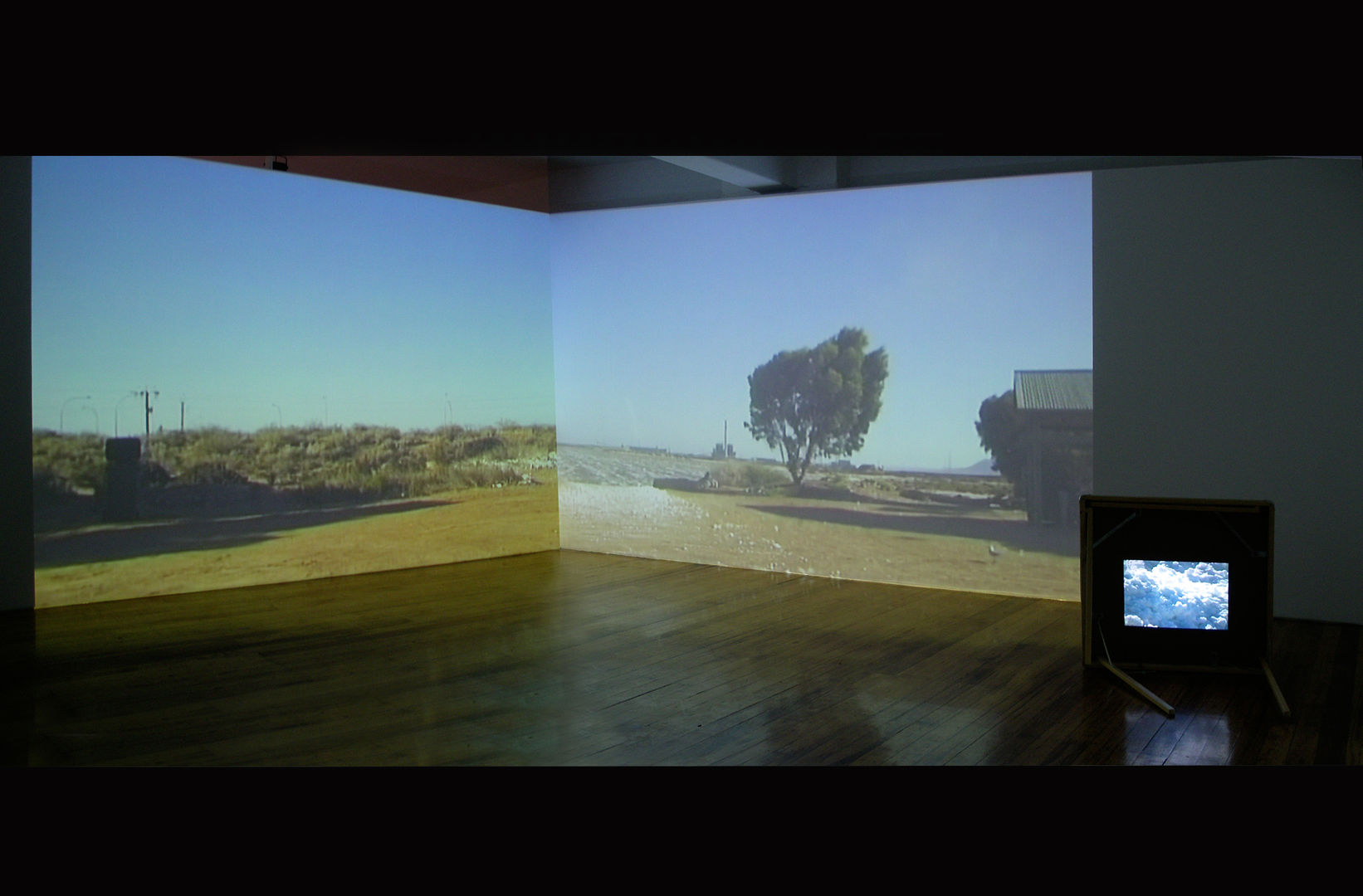 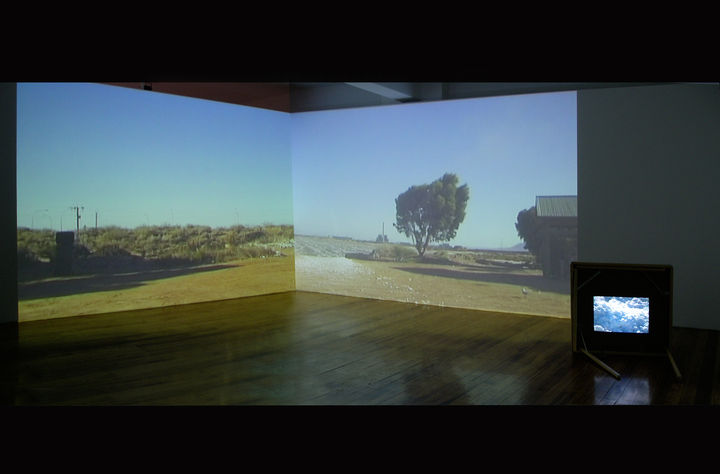 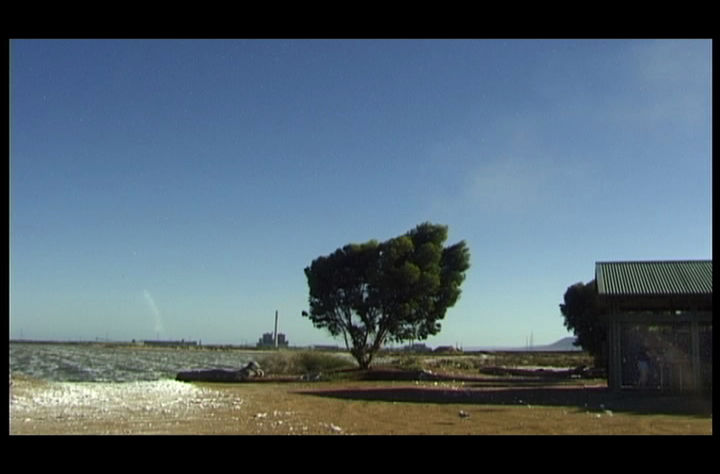 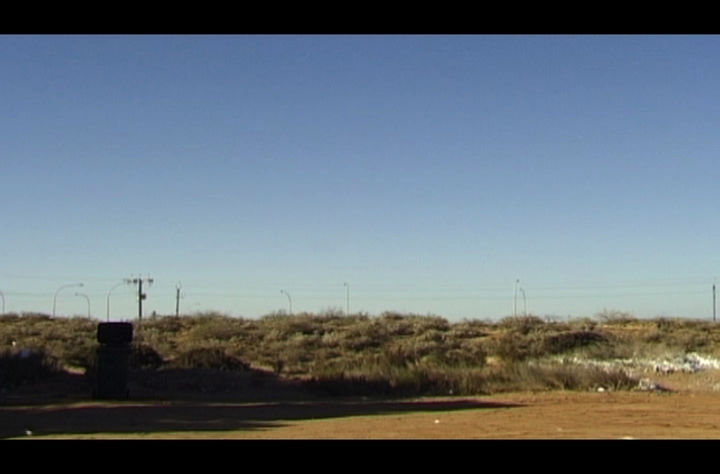 Picnic is a triptych of moving images. Its three frames show aspects of a single scene in which a wind blows across what appears to be a picnic shelter. We see the scene as more or less iconically Australian and suggestive of a narrative mise en scene. But the action, it becomes clear, is that white strands and clumps of foam are blown from a depression on the scene’s edge across the foreground. The viewer only registers this after some time, and it is a little longer before we begin to see this as unnatural waste material, something toxic. We note, still later, that there is a further deposit of the material in the more distant background. The scene is all of ‘pretty’, ‘depressing’, ‘actual’ and ‘neutral’, and it also is patently ‘ongoing’. Is it an event we have any control over? In close-up the white foam is attractively fluffy and at the same time vaguely oleaginous.

Picnic is not atypical. Focusing on moments of separation, containment and isolation, Geurts’ work overall contemplates the growing divide within the relationship of the human and the land—apprehensively, regretfully, and with urgency. It makes no stentorian Green protest and neither is it elegy for a lost cause. In fact it does not address itself to already fixed convictions.

Excerpts from - Between Elegy and Resolve — testing the weather, by Kent Bolton 2006